Make Space in Your Preaching for Space 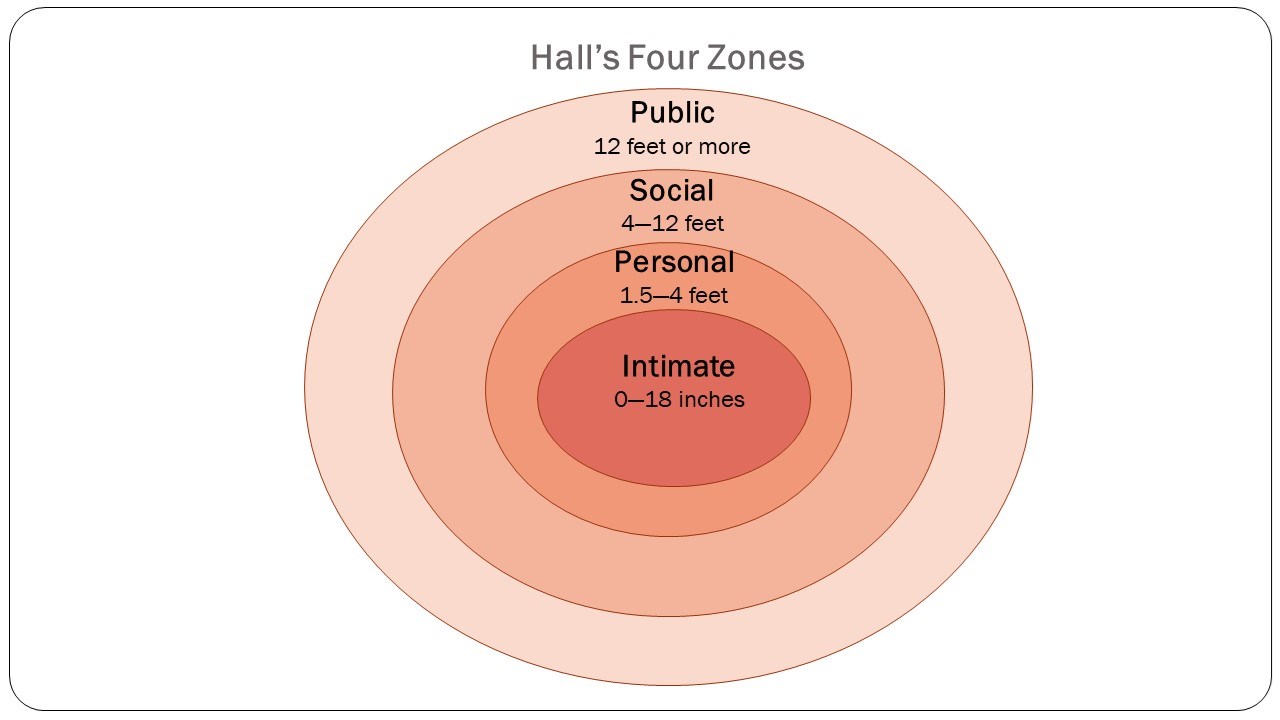 Make Space in Your Preaching for Space

Applying the 4 “zones” of proxemics to our preaching.
Jeffrey Arthurs
Image: Getty Images

“Proxemics” is the study of the way humans use space. Coined by anthropologist Edward T. Hall in the 1960s, the term appears most often in the fields of intercultural and interpersonal communication. I’ll apply the concept to preaching below, but first let me explain and illustrate it.

The ‘Hidden Dimension’ of Communication

Hall called proxemics the “hidden dimension” of communication because the cultural rules regarding space are subconscious; however, they also tend to be rigid. Filipinos can be perfectly comfortable crammed into a jeepney with strangers, shoulder to shoulder and thigh to thigh, but an American on the same jeepney might twitch, shift, and corkscrew to carve out some personal space. Conversely, Filipinos might be uncomfortable with public displays of affection, but Americans might not think twice about holding hands, hugging, or even kissing in a public park.

Proxemics seems to be processed in the amygdala, the part of the brain ...

This skill builder is available to PreachingToday.com members only.

God speaks, so should we!

How Long Is the Bridge to Postmoderns: (Part 5)

Take into account three changes in how people now think, and you can get a hearing.

Preaching to a Dispersed Congregation

Practicing presence even when social distancing.